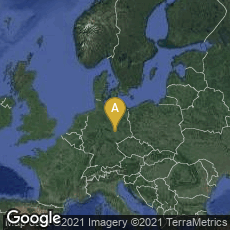 "In 1788 Villoison published the marginal scholia to the Iliad found in the codex now known as Venetus A (Marc. gr. 454). They contained a vast fund of new information about the Alexandrian critics of Homer, and this information stimulated F.A. Wolf to write Prolegomena ad Homerum, one of the most important books in the whole history of classical scholarship (1795). While Robert Wood, in his Essay on the original genius of Homer, had already seen in 1767 that the usual picture of a literate Homer writing down his poems could not be a complete explanation of the present form of the Homeric poems, it was left to Wolf to demonstrate, with the help of the newly found scholia, that the textual problems in Homer were not of the same type as in other authors, and that an explanation for this state of affairs could be provided on the assumption that the text of Homer was not written down until the time of Solon or Pisistratus. Wolf's book marked the beginning of serious discussion of what is traditionally called the Homeric Question" (Reynolds & Wilson, Scribes and Scholars 3rd ed [1991] 198).