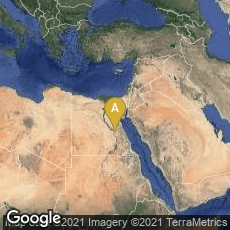 Papyrus Ramesseum B (the Dramatic Papyrus) British Museum "P. Ramesseum B, Frame 2. Papyrus written on the recto in linear hieroglyphic script, containing the text of a liturgy in honour of Senwosret I (the so-called Ramesseum Dramatic Papyrus), illustrated with vignettes. The text is written in vertical columns with titles and some text in horizontal lines, possibly in retrograde script. This frame contains lines 31-63. The papyrus was a full-height roll."

Papyrus Ramesseum B (the Dramatic Papyrus) is the oldest known surviving illustrated papyrus roll. It measures about 7 feet by about 10 inches, and was found in 1895-96 by the English Egyptologist James E. Quibell, excavating on behalf of the Egyptian Research Account in the Ramesseum, the memorial temple (or mortuary temple) of Pharaoh Ramesses II ("Ramesses the Great" (Ramses, Rameses). The Ramesseum is located in the Theban necropolis in Upper Egypt, across the Nile from the modern city of Luxor.

"It contains a ceremonial play written to celebrate the accession to the throne of Senusret I of the Twelfth Dynasty . . . . The text of the roll is in linear hieroglyphs written in narrow, vertical columns. The text occupies the top four-fifths of the scroll and the illustrations the bottom. the scenes are arranged in a manner similar to a modern comic strip with the Pharaoh, in the role of Horus, appearing multiple times. Scenes are divided from each other by vertical lines. The drawing style is so simple that the figures are little more than enlarged hieroglyphs" (Wikipedia article on Dramatic Ramesseum Papyrus, accessed 01-20-2009).

"This hieroglyphic figure style, as one might call it, suggests that we are not too far away in time from the beginning of papyrus roll illustration as a new branch of art, although it must be remembered that this roll is unique both as to its text and as to the period in which it was made" (Weitzmann, Illustrations in Roll and Codex. A Study of the Origin and Method of Text Illustration [1970] 58).