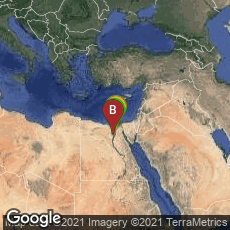 The "Oslo Papyrus" (P.Oslo 1.1), a magical papyrus roll about 8.3 feet long, written around the year 350 in 12 columns on the recto, and transversa charta (written at a 90 degree angle to the fibers) on the verso, is "the most richly illustrated Greek papyrus" (Diringer). It is an "erotic magical text, containing recipes, mixtures and medicaments, and, finally, instructions for opening the door, which may have been recommendation to a lover who wished to break into the house of the maiden." Seven of its columns of text are illustrated by figures of the demons invoked.  The illustration is done in the Egyptian style. The papyrus also includes "a remedy to prevent conception, the only one that exists in the world."

The papyrus was donated to the University of Oslo by S. Eitrem in the 1930s, as part of a collection of 329 papyri and fragments from Karanis and Theodelphia which he purchased from dealers in Cairo and the Faiyum.

"It may, therefore be argued that even if we have not sufficient evidence to show that the Greek art of book illustration descended from the Egyptian, there can be no doubt that the latter had a strong influence on the origin and development of the Greek ornamentation and illustration of books. In Weitzmann's opinion, the so-called papyrus style probably originated in pre-Hellenistic Egypt and was only adapted and further developed by the Greeks; furthermore 'Alexandria was probably the actual centre which provided the facilities for the development of roll illustration as a new branch of Greek art.'

"There is no evidence, however, that 'illumination' of books was practised in ancient Greece or Rome on a large scale. Indeed the earliest preserved MSS, are free from ornamentation, and the earliest codices extant show a minumum of colour" (Diringer, The Illuminated Book: Its History & Production [1967] 29-30).