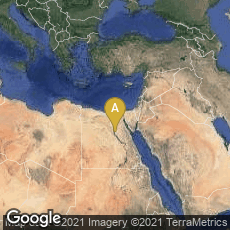 The Johnson Papyrus, the Oldest Extant Book Illustrations of Plants

The Johnson Papyrus (London, Wellcome Library, MS 5753) is a fragment of an early 5th century Greek codex written in Egypt, containing the oldest extant book illustrations of plants. It was discovered by J. da M. Johnson, in 1904 while he was working in Antinoë (Antinopolis), Egypt. Johnson later became Printer to the University of Oxford.

One side of the papyrus shows a sphere of dark blue-green leaves supported by some small scraggly roots. Below the illustration is a fragment of Greek text. The illustrated plant has been identified as  comfrey, symphytum officinale. The reverse side shows "phlommos, perhaps mullein" (Conrad, et al, The Western Medical Tradition 800 BC to AD 1800 [1995] Fig. 10, p. 10).

Both sides of the papyrus fragment are illustrated in color in Ford, Images of Sciences. A History of Scientific Illustration (1993) 23.