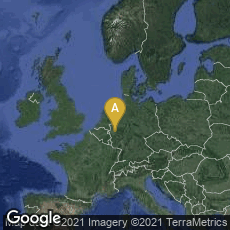 The Largest Municipal Archive in Germany Collapses During Underground Construction

On March 3, 2009 the building containing the Historic Archive of the City of Cologne (Historisches Archiv der Stadt Köln) collapsed in a pile of rubble. The building was apparently constructed in 1971.

"Fortunately, staffers, researchers, and onsite construction workers inside the building were alarmed by strange noises and left immediately before the structure collapsed earlier today. However, at the time of this writing, three [people who were in buildings adjacent to the archives are still missing.

"At present, the cause of the building's collapse is unknown. A new subway line is being built under the street in front of the facility, but the section of the tunnel adjacent to the building is apparently complete. The building may also have had structural problems.

"Until today, the repository in Cologne was the largest municipal archives in Germany. It held 500,000 photographs and 65,000 documents dating back to 922, including manuscripts by Karl Marx and Friedrich Engels and materials relating to 20th-century writer Heinrich Böll. Government officials have promised to help salvage the archives' records, but street-level and aerial photographs of the building's remains suggest that many of the records are beyond recovery" (http://larchivista.blogspot.com/2009/03/collapse-of-historic-archive-of-city-of.html).

As of March 4, 2009 it was thought that two people from an adjacent building were missing; the Historic Archive of the City of Cologne was successfully evacuated before the building collapsed.

News stories were referenced at http://archiv.twoday.net/stories/5558898/.

In December 2013 a detailed story in Spiegel Online International was available at this link.

In 2017 an account of the rebuilding of the archive into the most modern archive in Europe was published at this link: https://www.stadt-koeln.de/politik-und-verwaltung/presse/mitteilungen/18657/index.html.