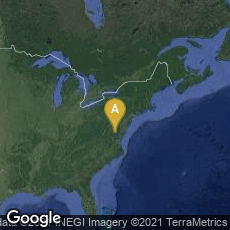 The cover by Boris Artzybasheff on the January 23, 1950 issue of TIME Magazine depicted the Harvard Mark III partly electronic and partly electromechanical computer as a Naval officer in Artzybasheff's "bizarrely anthropomorphic" style. The caption under the image read, "Mark III. Can Man Build a Superman?" The cover story of the magazine was entitled "The Thinking Machine."

The Mark III, delivered to U.S. Naval Proving Ground at the US Navy base at Dahlgren, Virginia in March 1950, operated at 250 times the speed of the Harvard Mark I (1944).

Among its interesting elements,  the Time article included an early use of the word computer for machines rather than people. The review of Wiener's Cybernetics published in TIME in December 1948, referred to the machines as calculators.

"What Is Thinking? Do computers think? Some experts say yes, some say no. Both sides are vehement; but all agree that the answer to the question depends on what you mean by thinking.

"The human brain, some computermen explain, thinks by judging present information in the light of past experience. That is roughly what the machines do. They consider figures fed into them (just as information is fed to the human brain by the senses), and measure the figures against information that is "remembered." The machine-radicals ask: 'Isn't this thinking?'

"Their opponents retort that computers are mere tools that do only what they are told. Professor [Howard] Aiken, a leader of the conservatives, admits that the machines show, in rudimentary form at least, all the attributes of human thinking except one: imagination. Aiken cannot define imagination, but he is sure that it exists and that no machine, however clever, is likely to have any."

"Nearly all the computermen are worried about the effect the machines will have on society. But most of them are not so pessimistic as [Norbert] Wiener. Professor Aiken thinks that computers will take over intellectual drudgery as power-driven tools took over spading and reaping. Already the telephone people are installing machines of the computer type that watch the operations of dial exchanges and tot up the bills of subscribers.

"Psychotic Robots. In the larger, "biological" sense, there is room for nervous speculation. Some philosophical worriers suggest that the computers, growing superhumanly intelligent in more & more ways, will develop wills, desires and unpleasant foibles' of their own, as did the famous robots in Capek's R.U.R.

"Professor Wiener says that some computers are already "human" enough to suffer from typical psychiatric troubles. Unruly memories, he says, sometimes spread through a machine as fears and fixations spread through a psychotic human brain. Such psychoses may be cured, says Wiener, by rest (shutting down the machine), by electric shock treatment (increasing the voltage in the tubes), or by lobotomy (disconnecting part of the machine).

"Some practical computermen scoff at such picturesque talk, but others recall odd behavior in their own machines. Robert Seeber of I.B.M. says that his big computer has a very human foible: it hates to wake up in the morning. The operators turn it on, the tubes light up and reach a proper temperature, but the machine is not really awake. A problem sent through its sleepy wits does not get far. Red lights flash, indicating that the machine has made an error. The patient operators try the problem again. This time the machine thinks a little more clearly. At last, after several tries, it is fully awake and willing to think straight.

"Neurotic Exchange. Bell Laboratories' Dr. [Claude] Shannon has a similar story. During World War II, he says, one of the Manhattan dial exchanges (very similar to computers) was overloaded with work. It began to behave queerly, acting with an irrationality that disturbed the company. Flocks of engineers, sent to treat the patient, could find nothing organically wrong. After the war was over, the work load decreased. The ailing exchange recovered and is now entirely normal. Its trouble had been 'functional': like other hard-driven war workers, it had suffered a nervous breakdown" (quotations from http://www.time.com/time/magazine/article/0,9171,858601-7,00.html, accessed 03-05-2009).