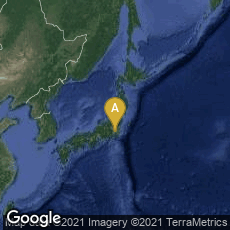 Between 764 and 770 CE the Japanese Empress Shotuku commissioned one million small three-story pagodas carved from cypress wood containing Buddhist charms, or dharani scrolls, printed from woodblocks on paper made from hemp fiber, as thanks for the suppression of the Emi Rebellion by Fujiwara no Nakamaro in 764. This has been called the first large scale mass production, and "the world's oldest varifiable printed matter."

"For printing, the Japanese are thought to have used eight cast bronze plates—1,000 years before the European use of stereotyping. Using hand inking and burnishing the back of the paper, the printers took 125,000 prints from the plates" (Cave & Ayad, The History of the Book in 100 Books [2014] 31).

"900,000 pagodas were distributed to temples around the entire country. 100,000 were divided between the Ten Great temples in the Nara area, which erected special halls for these pagodas, known as the Small Pagoda Hall, or the Ten Thousand Pagoda Hall. 4 different texts were printed, all from the Mukujoko [Muku joko] sutra: Kompon Dharani, Storin Dharani, Jishin-in Dharani, and Rokudo Dharani" (Shøyen Collection MS 2489).

No further printing occurred in Japan until about 1080.