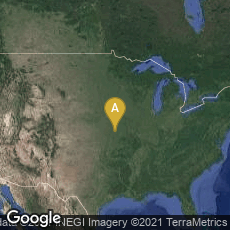 In 1923 American real estate developer J. C. Nichols built the Country Club Plaza in Kansas City, Missouri. Designed architectually after Seville, Spain, it was the first suburban shopping center in the world designed to accommodate shoppers arriving by automobile. In 2013 the Country Club District, which Nichols developed around the shopping center, was the largest contiguous master-planned community in the United States.

Nichols "called his method 'planning for permanence,' for his objective was to 'develop whole residential neighborhoods that would attract an element of people who desired a better way of life, a nicer place to live and would be willing to work in order to keep it better.' Nichols invented the percentage lease, where rents are based tenants' gross receipts. The percentage lease is now a standard practice in commercial leasing across the United States" (Wikipedia article on J C Nichols, accessed 04-05-2009).