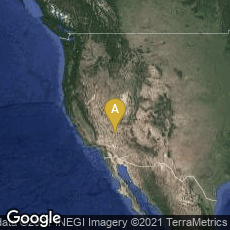 "The concepts of frequency reuse and handoff as well as a number of other concepts that formed the basis of modern cell phone technology are first described in U.S. Patent 4,152,647, issued May 1, 1979 to Charles A. Gladden and Martin H. Parelman, both of Las Vegas, Nevada and assigned by them to the United States Government. The inventors titled their patent Rapidly Deployable Emergency Communication System.

"This is the first embodiment of all the concepts that formed the basis of the next major step in mobile telephony, the Analog cellular telephone. Concepts covered in this patent (cited in at least 34 other patents) also were later extended to several satellite communication systems. Later updating of the cellular system to a digital system credits this patent" (Wikipedia article on Mobil phone, accessed 04-11-2009).