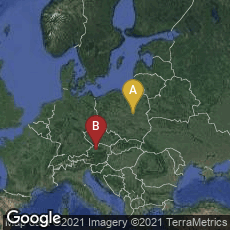 Notice the unfinished illumination in the lower margin of this leaf from the Sankt Florian Psalter. The illuminator drew the outlines of the illuminations but did not finishing painting or gilding. 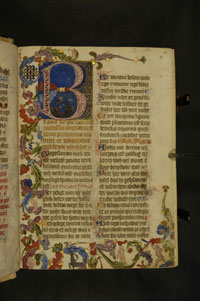 The Psałterz Florianski, or Sankt Florian Psalter, an illuminated psalmody, consisting of parallel Latin, Polish and German texts created toward the end of the 14th century, is probably the earliest surviving example of literature in the Old Polish language. Sometimes also known as Hedwig Psałterz, its name comes from a village in Austria — Sankt Florian. The manuscript was discovered in 1827, and first published as a printed book in Vienna, 1834. It was acquired by Poland in 1931, and is preserved in the National Library of Poland in Warsaw.

Digital facsimile from polona.pl at this link.