The Leningrad Codex, the Earliest Extant Complete Text of the Bible in Hebrew 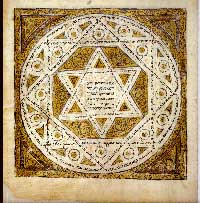 Although for Greek and Latin literature the form of the book gradually shifted from the roll to the codex during the second to fourth centuries CE, Jews adopted the codex form much later, probably around 900.

The Leningrad Codex, probably written in Cairo about the year 1010, is the earliest extant complete text of the Bible in Hebrew. It has been preserved in St. Petersburg since the mid-19th century, and is now housed in the Russian National Library.

"To sum up: existing Hebrew manuscripts in the form of a codex which contain an explicit indication of their time of production date from circa 900 and later. Some codex manuscripts, mostly fragmentary, can be dated up to about a century or, at most, two centuries earlier. Indeed, literary evidence reflects the later adaptation of the codex, which had been introduced as a book form for Greek and Latin texts as early as the second century, and became the usual book form in the fifth century. However, the virtual lack of surviving Hebrew books in any form from late antiquity to the High Middle Ages cannot be attributed to their destruction by wear and tear or to conquerors and persecutors. One should also consider the possibility that the talmudic and midrashic literature, the so-called Oral Law, was indeed mainly transmitted orally until the Islamic period, as is indicated explicitly in a few talmudic sources, and attested by literary patterns and reciting devices contained in these texts" (Malachie Beit-Arié, "How Hebrew Manuscripts Are Made," A Sign and a Witness. 2000 Years of Hebrew Books and Illuminated Manuscripts [1988] 36-37).