Image Source: patents.google.com
First page of drawings from Sasson's patent. The drawing that show's Sasson's digital camer is in the upper part of the sheet. 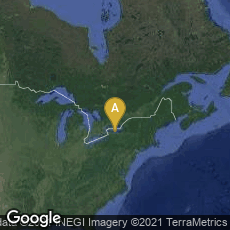 "He [Sasson] set about constructing the digital circuitry from scratch, using oscilloscope measurements as a guide. There were no images to look at until the entire prototype — an 8-pound (3.6-kilogram), toaster-size contraption — was assembled. In December 1975, Sasson and his chief technician persuaded a lab assistant to pose for them. The black-and-white image, captured at a resolution of .01 megapixels (10,000 pixels), took 23 seconds to record onto a digital cassette tape and another 23 seconds to read off a playback unit onto a television. Then it popped up on the screen.

" 'You could see the silhouette of her hair,' Sasson said. But her face was a blur of static. She was less than happy with the photograph and left, saying 'You need work,' he said. But Sasson already knew the solution: reversing a set of wires, the assistant's face was restored" (Wikipedia article on Stephen J. Sasson, accessed 04-22-2009).