Image Source: books.google.com
A page from the 1523 Bomberg edition printed entirely in Hebrew. Image Source: books.google.com
Title page of the Basel 1556 edition translated into Latin by Anton Reuclin and published by Heinrich Petri. 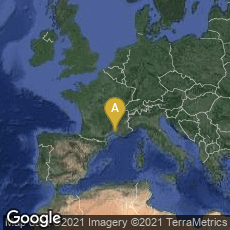 In 1448 French Jewish philosopher and controversialist of Arles and perhaps Avignon Isaac Nathan ben Kalonymus published Meïr Netib, the first Hebrew concordance to the Hebrew Bible, on which he worked from 1437 to 1447, with a philosophico-exegetical introduction, Petiḥat Meïr Netib.

The Meïr Netib was distinguished from the similar Latin work of Arlotus of Prato in that its vocabulary was arranged in the order of the roots. In the introduction the author wrote that his work aimed to facilitate the study of Biblical exegesis and to prevent Jewish converts to Christianity from making, in their religious controversies, incorrect quotations from the Bible, as was often the case with Geronimo de Santa Fé. The 'Meïr Netib,' with its complete introduction, was first published at Venice by Daniel Bomberg (erroneously under the name of Mordecai Nathan) in 1523. In 1556 it was translated into Latin by Anton Reuchlin and published in Basel by Heinrich Petri.