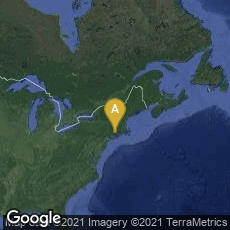 In this unusually well designed and produced book for its time Rider detailed the increasing shortage of space in research libraries, and described how his invention of the microcard, an opaque microform, would help to solve this problem. He also claimed that American research libraries were doubling in size every sixteen years—an assertion later proved incorrect.

Rider proposed using a 7.5 x 12.5 cm opague card.[10][11] "Upon the catalogue, or front-side, would be the catalogue information. Upon the reverse, Rider wanted to reproduce “as many as 250 pages of an ordinary 12mo book on the back of a single card.”[12] The idea was inspired by recent developments he had been following in the production and printing of micro-text, especially by the Readex Microprint Corporation. Rider envisioned that these microcards would serve both as the catalogue and collection, thus not only saving shelving space by eliminating books, but also doing away with the need to have a catalogue collection separate from manuscript collection. Researchers would search the catalogue for the entry they wished, and then having selected it would take the card to a reader machine which might be no bigger than a briefcase" (Wikipedia article on Fremont Rider, accessed 8-2019).