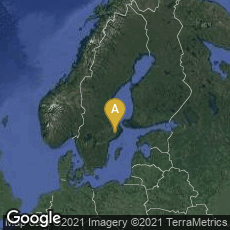 Starting in December 1954, the Royal Swedish Air Force Weather Service in Stockholm made weather forecasts for the North Atlantic region three times a week using the Swedish BESK computer running a barotropic model developed by the Institute of Meteorology at the University of Stockholm, associated with the eminent meteorologist Carl-Gustaf Rossby. These were the first routine real-time numerical weather forecasts.

BESK was the first stored program electronic computer built in Sweden . It was developed by Matematikmaskinnämnden (Swedish Board for Computing Machinery) and for a short time it was the fastest computer in the world. The computer was operational from1953 to 1966.

Reference: Staff Members, Institute of Meterology, University of Stockholm. "Results of Forecasting with the Barotropic Model on an Electronic Computer (BESK)," Tellus 6 (1954): 139-149.