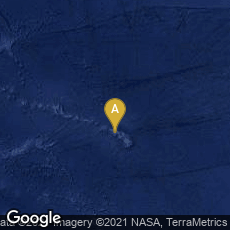 On July 11, 2001 Final Fantasy: The Spirits Within, a computer animated (CGI) science fiction film by Japanese game designer, game director and game producer Hironobu Sakaguchi, the creator of the Final Fantasy series of role-playing games, was released in the United States by Columbia Pictures. This film, produced by Square Pictures, Honolulu, Hawaii, was the first attempt to make a photorealistic rendered 3D feature film.

"Square Pictures rendered the film using some of the most advanced processing capabilities available for film animating at the time. A render farm consisting of 960 workstations was tasked with rendering each of the film's 141,964 frames. It took a staff of 200 and some four years to complete the film. Square intended to make the character of Aki Ross into the world's first photorealistic computer-animated actress, with plans for appearances in multiple films in different roles.

"The Spirits Within debuted to mixed critical reception, but was widely praised for the realism of the computer-animated characters. Due to rising costs, the film greatly exceeded its original budget towards the end of production, reaching a final cost of US$137 million, of which it made back only $85 million at the box office. The film has been called a box office bomb, and is blamed for the demise of Square Pictures" (Wikipedia article on Final Fantasy: The Spirits Within, accessed 03-23-2012).

"Roger Ebert was a strong advocate of the film; he gave the film 3 1/2 stars out of 4, praising it as a "technical milestone" while conceding that its 'nuts and bolts' story lacked 'the intelligence and daring of, say, Steven Spielberg's A.I.'. He also expressed a desire for the film to succeed in hopes of seeing more films made in its image, though he was skeptical of its ability to be accepted" (Wikipedia article on Final Fantasy: The Spirits Within, accessed 05-05-2009).