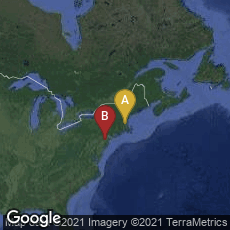 In 1967 ecologist Robert MacArthur of Princeton and biologist E. O. Wilson of Harvard published The Theory of Island Biogeography through Princeton University Press. In this work they showed that the species richness of an area could be predicted in terms of such factors as habitat area, immigration rate and extinction rate.

"Island biogeography is a field within biogeography that attempts to establish and explain the factors that affect the species richness of natural communities. The theory was developed to explain species richness of actual islands. It has since been extended to mountains surrounded by deserts, lakes surrounded by dry land, forest fragments surrounded by human-altered landscapes. Now it is used in reference to any ecosystem surrounded by unlike ecosystems. The field was started in the 1960s by the ecologists Robert MacArthur and E.O. Wilson, who coined the term theory of island biogeography, as this theory attempted to predict the number of species that would exist on a newly created island.

"For biogeographical purposes, an 'island' is any area of suitable habitat surrounded by an expanse of unsuitable habitat. While this may be a traditional island—a mass of land surrounded by water—the term may also be applied to many untraditional 'islands', such as the peaks of mountains, isolated springs in the desert, or expanses of grassland surrounded by highways or housing tracts. Additionally, what is an island for one organism may not be an island for another: some organisms located on mountaintops may also be found in the valleys, while others may be restricted to the peaks" (Wikipedia article on Island biogeography, accessed 05-08-2009).