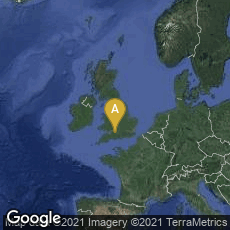 A screenshot of the Million Dollar Homepage

On August 25, 2005 Alex Tew, a student from Wiltshire, England, launched The Million Dollar Homepage to pay for his university education.

"The home page consists of a million pixels arranged in a 1000 × 1000 pixel grid; the image-based links on it were sold for $1 per pixel in 10 × 10 blocks. The purchasers of these pixel blocks provided tiny images to be displayed on them, a Uniform Resource Locator (URL) to which the images were linked, and a slogan to be displayed when hovering a cursor over the link. The aim of the site was to sell all of the pixels in the image, thus generating a million dollars of income for the creator. The Wall Street Journal has commented that the site inspired other websites that sell pixels.