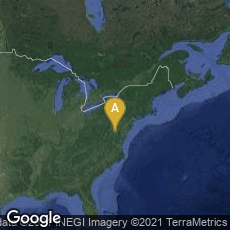 An Encoded Sculpture, Still Not Decoded On November 3, 1990 American sculptor James Sanborn completed the cryptographic sculpture, Kryptos, on the grounds of the Central Intelligence Agency in Langley, Virginia.

"The name Kryptos comes from the Greek word for 'hidden', and the theme of the sculpture is 'intelligence gathering.' The most prominent feature is a large vertical S-shaped copper screen resembling a scroll, or piece of paper emerging from a computer printer, covered with characters comprising encrypted text. The characters consist of the 26 letters of the standard Roman alphabet and question marks cut out of the copper. This 'inscription' contains four separate enigmatic messages, each apparently encrypted with a different cipher."

"The ciphertext on one half of the main sculpture contains 869 characters in total, however Sanborn released information in April 2006 stating that an intended letter on the main half of Kryptos was missing. This would bring the total number of characters to 870 on the main portion. The other half of the sculpture comprises a Vigenère encryption tableau, comprising 869 characters, if spaces are counted. Sanborn worked with a retiring CIA employee named Ed Scheidt, Chairman of the CIA Cryptographic Center, to come up with the cryptographic systems used on the sculpture. Sanborn has since revealed that the sculpture contains a riddle within a riddle which will be solvable only after the four encrypted passages have been decrypted. He said that he gave the complete solution at the time of the sculpture's dedication to CIA director William H. Webster. However, in an interview for wired.com in January 2005, Sanborn said that he had not given Webster the entire solution. He did, however, confirm that where in part 2 it says "Who knows the exact location? Only WW," that "WW" was intended to refer to William Webster. He also confirmed that should he die before it becomes deciphered that there will be someone able to confirm the solution" (Wikipedia article on Kryptos, accessed 05-09-2009).