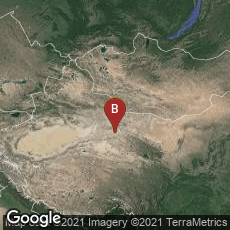 Image from the unique copy of the Diamond Sutra preserved in the British Library.

The Diamond Sutra, the earliest dated example of woodblock printing, and the earliest surviving dated complete book, was published in China on May 11, 868. A scroll sixteen feet long by 10.5 inches wide, made up of seven strips of yellow-stained paper printed from carved wooden blocks and pasted together to form a scroll 16 feet by 10. 5 inches wide, its text, printed in Chinese, is one of the most important sacred works of the Buddhist faith.

The Diamond Sutra bears an inscription which may be translated as follows:

"reverently made for universal free distribution by Wang Chieh on behalf of his parents on the fifteenth of the fourth moon of the ninth year of Xian Long (May 11, 868)."

"How did the Diamond Sutra get its name?

"The sutra answers that question for itself. Towards the end of the sermon, Subhuti asks the Buddha how the sutra should be known. He is told to call it ‘The Diamond of Transcendent Wisdom’ because its teaching will cut like a diamond blade through worldly illusion to illuminate what is real and everlasting" (http://www.bl.uk/onlinegallery/sacredtexts/diamondsutra.html, accessed 06-14-2009).

The unique extant copy of the Diamond Sutra was purchased in 1907 by the archaeologist Sir Marc Aurel Stein in the walled-up Mogao Caves near Dunhuang in northwest China from a monk guarding the caves known as the "Caves of a Thousand Buddhas." It is preserved in the British Library.

♦ In May 2013 a digital facsimile of the Diamond Sutra was available from the Virtual Books section of the Online Gallery at the British Library at this link.

In January 2013 the British Library completed a decade-long project to conserve the The Diamond Sutra, and the posted a film produced by the International Dunhuang Project at the British Library about the sutra scroll, its science and its conservation: