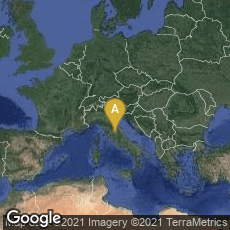 Evidence of wide-ranging military literacy in the Roman Empire can be of a very ephemeral kind:

"In 41 BC during the civil war that followed the death of Julius Caesar, Octavian (the future Emperor Augustus) trapped Lucius Antonius and Fulvia (the brother and the wife of Mark Antony) within the walls of the central Italian town of Perugia. A number of lead sling-bolts (roughly the size of hazelnuts), manufactured during the seige that followed, have been recovered in Perugia; they bear short inscriptions, which both sides carved into their moulds, so that the bolts [also called sling bullets or slingshot] could be used in a war of words, as well as to inflict death or injury. Some of these inscriptions are fairly tame, wishing victory to one or other side, or commenting on Lucius Antonius' receding hairline (which is also known from his coinage). Others are rather richer in flavour, like the one, fired from Octavian's side, which bluntly asks: Lucius Antonius the bald, and Fulvia, show us your arse [L. [uci] A[antoni] calve, Fulvia, culum pan[dite] ]. Whoever composed this refined piece of propaganda and had it cast into a sling-bolt certainly expected some of the soldery on the other side to be able to read" (Ward-Perkins, The Fall of Rome and the End of Civilization [2005] 157-58).