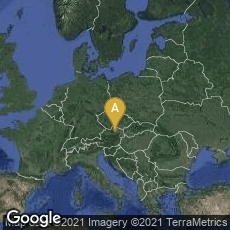 The Venus of Willendorf Venus of Willendorf as viewed from all sides.

The Venus of Willendorf, an 11.1 cm (4 3/8 inches) high statuette of a female figure, was discovered in 1908 by archaeologist Josef Szombathy at a paleolithic site near Willendorf, a village in Lower Austria near the city of Krems. It is preserved in the Naturhistorisches Museum, Vienna.

For a long time this sculpture, carved from an oolitic limestone not local to its area, and tinted with red ochre, was thought to be the earliest sculpture of a human.

Since the figure's discovery and naming, several similar statuettes and other forms of art have been discovered, including earlier examples. They are collectively referred to as Venus figurines, although they pre-date the mythological figure of Venus by thousands of years. The purposes of these carvings have been subject to much speculation.