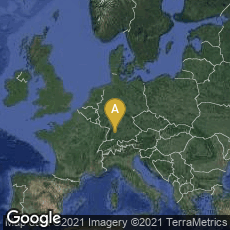 Though other scientists realized that Hahn had confused mineral structures with organic structures, it was claimed, without concrete substantiation, that Darwin enthusiastically endorsed Hahn's interpretation, even making an uncharacteristic reference to God in the context. See The Complete Works of Charles Darwin Online at this link (accessed 05-28-2009). Darwin did own copies of Hahn's works and may also have visited with Hahn at Down House.

My thanks to Jörn Koblitz of MetBase for this reference.