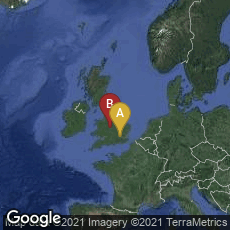 Image Source: upload.wikimedia.org
This portrait of William Withering may be unusually authentic since it was engraved after by a painting owned by Dr. Withering.

In 1785 English physician William Withering published in Birmingham and London An account of the foxglove, and some of its medical uses. . . . An accomplished botanist as well as a physician, in this book Withering reported the results of the first clinical trials of the ground-up leaves of the purple foxglove—a traditional folk-remedy, discovering the efficacy of digitalis in heart diseases. Digitalis remains one of the few drugs introduced as early as the eighteenth century that remains widely used today.

Withering's work contains the results of ten years of observations and clinical trials, of the drug which he first learned about from an old woman herbalist in 1775. Of the 158 patients he treated with the foxglove, 101, who suffered from congestive heart failure, experienced relief after treatment with the drug, which is today known as digitalis after the foxglove’s Latin name, Digitalis purpurea. Modern analysis of Withering’s case reports suggests that many of the 57 other cases, such as those with pulmonary tuberculosis, did not involve diseases amenable to treatment with digitalis. Withering himself was aware that these factors might be affecting his results and warned against generalizing on the basis of his cases. Over the ten years of his researches on digitalis, Withering derived what he believed to be the optimum quantity of a single dosage—an amount only slightly less active than the tablet used in contemporary practice. The incidence of side effects of the drug declined as Withering gained clinical experience; Estes and White observed that “it appears that the overall incidence of side effects attributable to digitalis in Withering’s patients approximates the incidence recorded by physicians today. One could learn to use digitalis effectively and safely if one had no other text than Withering’s Account of the Foxglove.” Withering honestly recorded both successes and failures in his trials. He stressed that care must be taken in adjusting the dose, and he accurately described the signs and symptoms of digitalis toxicity and established clear guidelines for its rational use. Despite Withering’s modest but definite claims for the efficacy of the foxglove, the drug became a kind of panacea for nineteenth century clinicians.