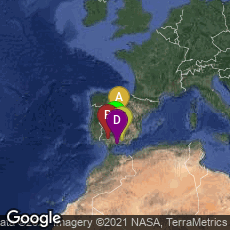 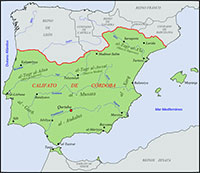 Al-Hakam II, the Caliph of Cordoba in Al-Andalus (Moorish Iberia), was fond of books and learning. It has been claimed that he amassed a vast library that may possibly have contained over 400,000 books, though this number cannot be substantiated, and may well be far greater than what was actually held in the library. During his reign a massive translation effort was undertaken, and many books were translated from Latin and Greek into Arabic. For this project he formed a joint committee of Arab Muslims and Iberian Mozarab Christians.

The catalogue of the royal library "alone consisted of forty-four volumes. Under Al-Haim II (961-976) this library was reported to have given employment to over 500 people. . . . Elsewhere at Moslem Spain there was a total of seventy libraries in the 10th century, several in Toledo. In addition to the royal library, these included libraries in universities in Cordoba, Seville, Malaga, and Granada , among others, and in numerous mosques. Private libraries flourished in Moslem Spain, and it was said that Cordoba was the greatest book market in the western world in the 10th century" (Harris, History of Libraries in the Western World 4th ed [1999] 81).