This table contains 7 recipes which are very detailed. The text is broken in several places and the name of the second recipe is missing, but it is a dish with small birds, maybe partridges. YBC 8958 Old Babylonian Period c. 1750 BCE. 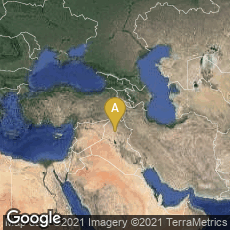 "This tablet includes 25 recipes for stews, 21 are meat stews and 4 are vegetable stews. The recipes list the ingredients and the order in which they should be added, but does not give measures or cooking time - they were clearly meant only for experienced chefs." YBC 4644 from the Old Babylonian Period, ca. 1750 BC 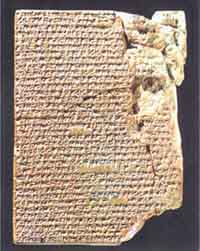 We have a general knowledge of the foodstuffs that comprised the diets of the Egyptians, Hittites, Phoenicians, and Hebrews, but lack recipes from those ancient cultures.

Among Yale University’s collection of cuneiform tablets are three tablets, each containing a recipe collection—a total of 35 recipes. Composed in Akkadian in the middle of the Old Babylonian period, they are the world’s oldest cookbooks. The tablets were deciphered and translated by Jean Bottéro and Teresa Lavender Fagan in The Oldest Cuisine in the World: Cooking in Mesopotamia (2004). The recipes are difficult to understand for several reasons:

"broken and damaged passages, obscure colloquial Akkadian, unknown vocabulary and technical language. In fact, some of the cooking ingredients are still completely unknown to us; and others, which have been identified, have passed from modern use, so we cannot appreciate what they really are. Add to this the fact that the cooking procedures are not precise, and neither cooking times nor quantities of ingredients are given, then one can appreciate the obstacle of reproducing the recipes accurately and faithfully. Nevertheless, the lack of specificity provides some leeway and leaves room for interpretation, without, hopefully, sacrificing authenticity.

"All of the recipes have one thing in common: every one of the finished dishes relies on combinations of meat, fowl, vegetables, or grain cooked in water. Cooking in water was an enormous innovation. From other kinds of evidence, we know that before this time entirely different cooking methods were used, like the use of radiant heat in an oven; indirect heat in hot ashes; and direct exposure to flame, as in broiling, grilling, or spit roasting. Cooking in liquid represented a giant step forward in terms of taste and sophistication. It created a richness and diversity of flavor that could not be achieved in the more ancient roasted, grilled, and broiled food" (http://homepage.mac.com/toke_knudsen/cuneiform_cuisine/Personal84.html, accessed 06-15-2009).