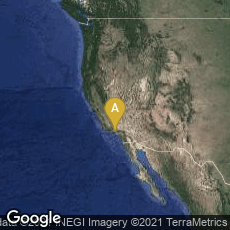 The Death of Michael Jackson Impacts the Internet The death of American entertainer Michael Jackson on June 25, 2009 had a remarkably dramatic impact on the Internet:

"The news of Jackson's death spread quickly online, causing websites to crash and slow down from user overload. Both TMZ and the Los Angeles Times, two websites that were the first to confirm the news, suffered outages. Google believed the millions of people searching 'Michael Jackson' meant it was under attack. Twitter reported a crash, as did Wikipedia at 3:15 PDT. The Wikimedia Foundation reported nearly one million visitors to the article Michael Jackson within one hour, which they said may be the most visitors in a one-hour period to any article in Wikipedia's history. AOL Instant Messenger collapsed for 40 minutes. AOL called it a seminal moment in Internet history,' adding, 'We've never seen anything like it in terms of scope or depth.' Around 15 percent of Twitter posts (or 5,000 tweets per minute) mentioned Jackson when the news broke, compared to topics such as the 2009 Iranian election and swine flu, which never rose above 5 percent of total tweets. Overall, web traffic was 11 percent higher than normal" (Wikipedia article on Death of Michael Jackson, accessed 07-04-2009).