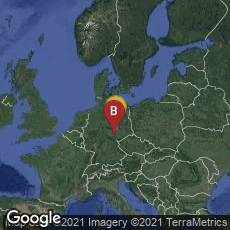 Fritsch's Treatise on Laws of Book Production and the Book Trade "Fritsch is one of the first writers on the subject to explicitly define an author's exclusive right to permit new editions of his work. The first publisher, however, has a right of priority to the publication of the new edition, provided that he offers the author terms which are as good as those promised by competing publishers (p.47). In Fritsch's view, however, the author's right is not meant to produce profit, but only honour. Quoting the Jena law professor Johannes Gryphiander (1580-1652), he states on page 37f.: 'The works of authors are sold to book printers and book sellers for a certain price, but in such a way, though, that the latter have the profit, whereas the honour goes to the former.' Fritsch' s views on authors' rights to new editions and his notion that the author may expect to gain honour but not profit, are probably based on his own experiences and hopes as an author and lecturer. However, when he presents a detailed justification of book privileges, Fritsch proves himself to be a judicious political theorist: privileges do not fall into the general category of monopolies which are to be rejected. He gives three reasons for arguing thus: (i) the demands of natural justness ('natürliche Billigkeit'), whereby the first publishers have to be protected, so that they may recoup their investment; (ii) publishers are encouraged ('angefrischet') by the award of privileges to have valuable new books printed at their expense; (iii) privileges are granted only for a limited term, so that they cannot seriously harm the public in any way. These three aspects sound quite modern: a special protection is justified on the grounds of the natural right not to suffer unjust damages and to recoup what one has invested. Furthermore, such special protection is justified as the means of providing an incentive for further publishing ventures. Nevertheless, such exemptions from the general rejection of monopolies are only to be allowed for a strictly limited term" (Primary Sources on Copyright (1450-1900), eds L. Bently & M. Kretschmer, www.copyrighthistory.org, referring to the anonymous German translation of 1750).