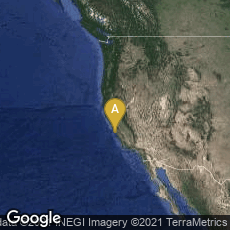 "In addition to an international group of 150 scientists, the participants included lawyers (including Daniel Singer, Maxine Singer's husband) to help consider legal and ethical issues, and 16 journalists to cover the four-day event. A primary aim of the group was to consider whether to lift the voluntary moratorium [on recombinant DNA (rDNA) research] and if so, under what conditions research could proceed safely. The participants concluded (though not unanimously) that rDNA research should proceed but under strict guidelines. Their recommendations went to a National Institutes of Health committee chaired by NIH director Donald Fredrickson and charged with formulating those guidelines, which were issued in July 1976" (http://profiles.nlm.nih.gov/CD/Views/Exhibit/narrative/dna.html, accessed 07-25-2009).