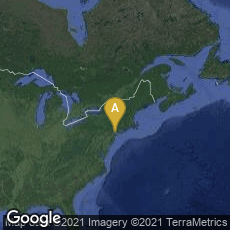 In 1908 historian of mathematics David Eugene Smith published Rara arithmetica: A Catalogue of the Arithmetics Written Before the Year MDCI with a Description of Those in the Library of George Arthur Plimpton of New York. This two-volume work, issued by Plimpton's textbook publishing company, Ginn & Company, described and illustrated Plimpton's library of early mathematical books and medieval manuscripts before 1601.  Two versions of the catalogue were published:

Plimpton’s mathematical library, which he donated to Columbia University Library, is the first specialized private collection of antiquarian scientific books formed by an American for which we have an annotated bibliographical catalogue.  Smith also discussed some of Plimpton’s early manuscripts in his History of Mathematics (Boston: Ginn & Co., 1923–25), and issued a pamphlet addendum to his catalogue of Plimpton’s library in 1939 (Rara arithmetica: Addenda to “Rara arithmetica" [Boston: Ginn & Co.]).

Plimpton did not comment on his library of rare mathematics books in any of David Eugene Smith’s works on the history of mathematics, all, or nearly all of which were published by Plimpton's Ginn & Company. The only place where I found published remarks by Plimpton on his mathematical library was in “The History of Elementary Mathematics in the Plimpton Library", Atti del Congresso Internazionale dei Matematici Bologna 3–10 Settembre 1928, VI (1932) 433–42.