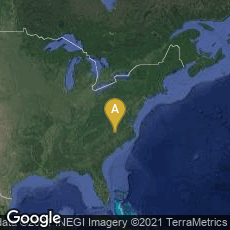 Cover of the first edition of Brooks, The Mythical Man-Month (1975).

In 1975 aoftware engineer and computer scientist Frederick P. Brooks, Jr., founder and chair of computer science at the University of North Carolina at Chapel Hill, published The Mythical Man-Month: Essays on Software Engineering, a book on software engineering and project management. Brooks's book described what became known in software development as Brooks's Law: "adding manpower to a late software project makes it later".

"According to Brooks himself, the law is an 'outrageous oversimplification', but it captures the general rule. Brooks points to two main factors that explain why it works this way:

"1. It takes some time for the people added to a project to become productive. Brooks calls this the "ramp up" time. Software projects are complex engineering endeavors, and new workers on the project must first become educated about the work that has preceded them; this education requires diverting resources already working on the project, temporarily diminishing their productivity while the new workers are not yet contributing meaningfully. Each new worker also needs to integrate with a team composed of multiple engineers who must educate the new worker in their area of expertise in the code base, day by day. In addition to reducing the contribution of experienced workers (because of the need to train), new workers may even have negative contributions – for example, if they introduce bugs that move the project further from completion.

* Management concepts such as "manpower," "team size" and "delivery schedule" are not analogous in open source and internal corporate projects; applying Brooks's Law to both is thus misleading.

* Testers can read and analyze the source code, helping developers to track down bugs more efficiently;

* A social context where the contributors are voluntary, associated with a leadership style that does not use coercion;

* A more efficient allocation of labor to tasks . . .

"Some of these reasons, such as the parallelization of work could theoretically apply to both open source and closed projects" (Wikipedia article on Brooks's Law, accessed 08-08-2009).