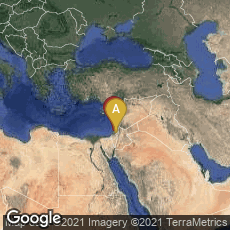 The Oldest Surviving Texts from the Hebrew Bible "The Silver Scroll (2nd scroll), an amulet from the First Temple period containing the Priestly Blessing, on display at the Israel Museum. The scroll is the earliest known artifact written in the Paleo-Hebrew alphabet."

In 1979 two tiny silver scrolls, inscribed with portions of the well-known apotropaic Priestly Blessing of the Book of Numbers, and apparently once used as amulets, were found in one of a burial chambers at Ketef Hinnom,  an archaeological site near Jerusalem. The delicate process of unrolling the scrolls, while developing a method that would prevent them from disintegrating, took three years. Even though very brief, the two tiny silver scrolls are the oldest surviving texts from the Hebrew Bible.

"The scrolls were found in 1979 in Chamber 25 of Cave 24 at Ketef Hinnom, during excavations conducted by a team under the supervision of Gabriel Barkay, professor of archaeology at Bar-Ilan University. The site appeared to be archaeologically sterile (the tomb had last been used for storing rifles during the Ottoman period), but a chance discovery by a 13-year-old "assistant" revealed that a partial collapse of the ceiling long ago had preserved the contents of Chamber 25.

"The chamber contained approximately 60 cm. of material with over a thousand objects: many small pottery vessels, artifacts of iron and bronze (including arrowheads), needles and pins, bone and ivory objects, glass bottles, and jewelry including earrings of gold and silver. The tomb had evidently been in use for several generations towards the end of the First Temple period, and continued to be used after the destruction of Jerusalem in 587/6 BCE. KH1 was found in Square D, the middle of the repository, 7 cm above the floor, while KH2 was found while sifting dirt from the lower half of the deposits in Square A, the innermost portion of the repository. Both amulets were separated from Hellenistic artifacts by 3 meters of length and 25 cm of depth, and embedded in pottery and other material from the 7th/6th centuries BCE.

"Barkay initially dated the inscriptions to the late-7th/early-6th centuries BC (later revised downward slightly to the early 6th century) on palaeographic grounds (the forms of the delicately-incised paleo-Hebrew lettering) and on the evidence of the pottery found in the immediate vicinity. This dating was subsequently questioned by Johannes Renz and Wolfgang Rollig (Handbuch der Althebraischen Epigraphik, 1995), who argued that the script was in too poor a condition to be dated with certainty and that a 3rd/2nd century BCE provenance could not be excluded, especially as the repository, which had been used as a kind of "rubbish bin" for the burial chamber over many centuries, also contained material from the fourth century BCE.

"A major re-examination of the scrolls was therefore undertaken by the University of Southern California's West Semitic Research Project, using advanced photographic and computer enhancement techniques which enabled the script to be read more easily and the paleography to be dated more confidently. The results, published in the Bulletin of the American Schools of Oriental Research (BASOR) in 2004, confirmed a date immediately prior to the destruction of Jerusalem by the Babylonians in 586/7 BCE.](An innovation in the report was the simultaneous publication of an accompanying "digital article," a CD version of the article and the images). Dr Kyle McCarter of Johns Hopkins University, a specialist in ancient Semitic scripts, has said the study should "settle any controversy over [the date of] these inscriptions" (Wikipedia article on Ketef Hinnom, accessed 09-01-2009).