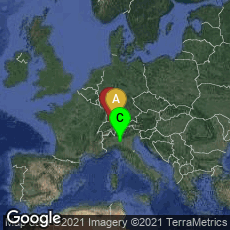 In September 2009 Swiss scientist Francis Schwarze of Empa, St. Gallen, and the Swiss violin maker Michael Rhonheimer of Baden received confirmation that the violin they had created using wood treated with a specially selected fungus compared favorably in a blind test against an instrument made in 1711 by the master violin maker of Cremona, Antonio Stradivari.

"In the test, the British star violinist Matthew Trusler played five different instruments behind a curtain, so that the audience did not know which was being played. One of the violins Trusler played was his own strad, worth two million dollars. The other four were all made by Rhonheimer – two with fungally-treated wood, the other two with untreated wood. A jury of experts, together with the conference participants, judged the tone quality of the violins. Of the more than 180 attendees, an overwhelming number – 90 persons – felt the tone of the fungally treated violin "Opus 58" to be the best. Trusler’s stradivarius reached second place with 39 votes, but amazingly enough 113 members of the audience thought that "Opus 58" was actually the strad! "Opus 58" is made from wood which had been treated with fungus for the longest time, nine months.

"Skepticism before the blind test

"Judging the tone quality of a musical instrument in a blind test is, of course, an extremely subjective matter, since it is a question of pleasing the human senses. Empa scientist Schwarze is fully aware of this, and as he says, 'There is no unambiguous scientific way of measuring tone quality.' He was therefore, understandably, rather nervous before the test. Since the beginning of the 19th century violins made by Stradivarius have been compared to instruments made by others in so called blind tests, the most serious of all probably being that organized by the BBC in 1974. In that test the world famous violinists Isaac Stern and Pinchas Zukerman together with the English violin dealer Charles Beare were challenged to identify blind the 'Chaconne' Stradivarius made in 1725, a "Guarneri del Gesu" of 1739, a 'Vuillaume' of 1846 and a modern instrument made by the English master violin maker Roland Praill. The result was rather sobering – none of the experts was able to correctly identify more than two of the four instruments, and in fact two of the jurors thought that the modern instrument was actually the "Chaconne" stradivarius.

'Biotech wood, a revolution in the art of violin making

"Violins made by the Italian master Antonio Giacomo Stradivarius are regarded as being of unparalleled quality even today, with enthusiasts being prepared to pay millions for a single example. Stradivarius himself knew nothing of fungi which attack wood, but he received inadvertent help from the 'Little Ice Age' which occurred from 1645 to 1715. During this period Central Europe suffered long winters and cool summers which caused trees to grow slowly and uniformly – ideal conditions in fact for producing wood with excellent acoustic qualities.

"Horst Heger of the Osnabruck City Conservatory is convinced that the success of the 'fungus violin' represents a revolution in the field of classical music. 'In the future even talented young musicians will be able to afford a violin with the same tonal quality as an impossibly expensive Stradivarius,' he believes. In his opinion, the most important factor in determining the tone of a violin is the quality of the wood used in its manufacture. This has now been confirmed by the results of the blind test in Osnabruck. The fungal attack changes the cell structure of the wood, reducing its density and simultaneously increasing its homogeneity. 'Compared to a conventional instrument, a violin made of wood treated with the fungus has a warmer, more rounded sound,' explains Francis Schwarze" (http://www.sciencedaily.com/releases/2009/09/090914111418.htm, accessed 10-08-2009).