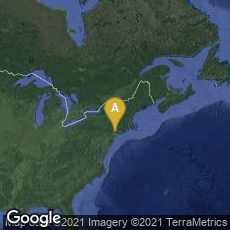 In his junior year of college studying electrical engineering at Columbia University American Edwin Armstrong invented and patented the regenerative circuit from his parents' home in Yonkers, New York.

"Lee De Forest filed a patent in 1916 that became the cause of a contentious lawsuit with the prolific inventor Armstrong, whose patent for the regenerative circuit had been issued in 1914. The lawsuit lasted twelve years, winding its way through the appeals process and ending up at the Supreme Court. The Court ruled in favor of De Forest, although the experts agree that the incorrect judgment had been issued.

"At the time the regenerative receiver was introduced, vacuum tubes were expensive and consumed lots of power, with the added expense and encumbrance of heavy batteries or AC transformer and rectifier. So this design, getting most gain out of one tube, filled the needs of the growing radio community and immediately thrived. Although the superheterodyne receiver is the most common receiver in use today, the regenerative radio made the most out of very few parts" (Wikipedia article on regenerative circuit, accessed 11-10-2009).