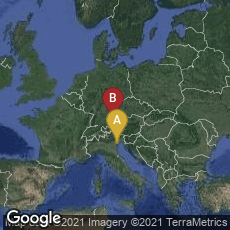 Constantinople as depicted in the German edition of the Nuremberg Chronicle, one of the most widely circulated of 15th century German printed books.

These facts confirm the enormous increase in information production stimulated by the increased speed of output and cost reductions caused by the introduction of printing from movable type, as compared to the distribution of information by manuscript copying.

". . . many more incunabula have survived from the second half of the 15th century than manuscripts from the entire Middle Ages. Of circa 28,000 fifteenth-century editions known today (the number of publications printed is bound to have been much larger), German collections preserve a total of 135,000 copies. As a result of two decades of work on the 'Inkunabelcensus Deutschland', these are now recorded in the London database of the 'Incunabula Short Title Catalogue' (ISTC). By contrast, the number of medieval manuscripts in German libraries is estimated circa 60,000. Holdings of the Bayerische Staatsbibliothek at Munich display a similar relationship: about 20,000 copies of 9,700 fifteenth-century editions are kept alongside circa 10,500 medieval Latin and 1,800 German manuscripts - roughly a sixth of the total German holdings" (Wagner, Als die Lettern laufren lerneten. Medienwandel im 15. Jahrhundert [2009] 15).