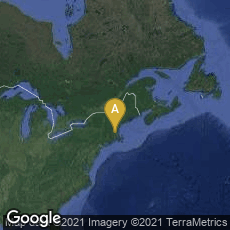 "It printed 80 columns of uppercase-only 5x7 dot matrix characters across a unique-sized paper. The printhead was driven by a stepper motor and the paper was advanced by a somewhat-unreliable and definitely noisy solenoid ratchet drive. The LA30 was available with both a parallel interface and a serial interface; however, the serial LA30 required the use of fill characters during the carriage-return operation.

"The LA30 was followed in 1974 by the LA36, which achieved far greater commercial success, becoming for a time the standard dot matrix computer terminal. The LA36 used the same print head as the LA30 but could print on forms of any width up to 132 columns of mixed-case output on standard green bar fanfold paper. The carriage was moved by a much-more-capable servo drive using a dc motor and an optical encoder/tachometer. The paper was moved by a stepper motor. The LA36 was only available with a serial interface but unlike the earlier LA30, no fill characters were required. This was possible because, while the printer never communicated at faster than 30 characters per second, the mechanism was actually capable of printing at 60 characters per second. During the carriage return period, characters were buffered for subsequent printing at full speed during a catch-up period. The two-tone buzz produced by 60 character-per-second catch-up printing followed by 30 character-per-second ordinary printing was a distinctive feature of the LA36" (Wikipedia article on Dot matrix printer, accessed 12-16-2009).

Centronics concentrated on the low-end line printer market. In the process they designed the parallel electrical interface, or parallel port, that became standard on most most printers until it began to be replaced by the Universal Serial Bus (USB) in the late 1990s.