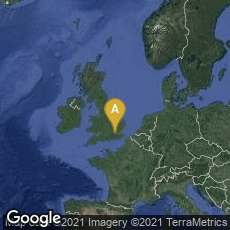 The Guild of Stationers is Founded. It is Eventually Granted a Monopoly 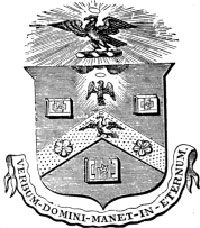 In 1403 the Mayor and Aldermen of the City of London approved the formation of a fraternity, or Guild of Stationers. This guild consisted of booksellers who copied and sold manuscript books and writing materials, limners who decorated and illustrated them, and bookbinders. Each group appointed a warden to regulate their trade.

A century and a half later, to check the spread of the Protestant Reformation, On May 4, 1557 the Catholic Queen Mary and King Philip granted a royal charter to the Worshipful Company of Stationers of London, thereby concentrating the entire printing business in the hands of the members of the Stationers Company.

"The Stationers' charter, establishing a monopoly on book production, ensured that once a member had asserted ownership of a text (or "copy") no other member would publish it. This is the origin of the term 'copyright'. Members asserted such ownership by entering it in the "entry book of copies" or the Stationers' Company Register."

The Stationers Company charter was confirmed two years later by Queen Elizabeth, but this time with the goal of suppressing Catholicism.