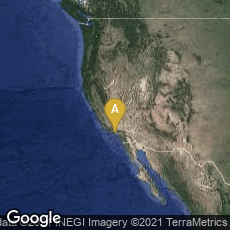 The Rand Tablet: One of the Earliest Tablet Computers and the First Reference to Electronic Ink In August 1964 M. R. Davis and T. O. Ellis of The Rand Corporation, Santa Monica, California, published The RAND Tablet: A Machine Graphical Communication Device. They indicated that the device had been in use since 1963.

"The RAND table is believed to be the first such graphic device that is digital, is relatively low-cost, possesses excellent linearity, and is able to uniquely describe 10 [to the 6th power] locations in the 10" x 10" active table area. . . . the tablet has great potential no only in such applications as digitizing map information, but also as a working tool in the study of more esoteric applications of graphical languages for man-machine interaction. . . . " (p.iv)

"The RAND tablet device generates 10-bit x and 10-bit y stylus position information. It is connected to an input channel of a general-purpose computer and also to an oscilloscope display. The display control multiplexes the stylus position information with computer-generated information in such a way that the oscilloscope display contains a composite of the current pen position (represented as a dot) and the computer output. In addition, the computer may regenerate meaningful track history on the CRT, so that while the user is writing, it appears that the pen has "ink." This displayed "ink" is visualized from the oscilloscope display while hand-directing the stylus position on the tablet. users normally adjust within a few minutes to the conceptual superposition of the displayed ink and the actual off-screen pen movement. There is no apparent loss of ease or speed in writing, printing, constructing arbitrary figures, or even in penning one's signature" (pp. 2-3).