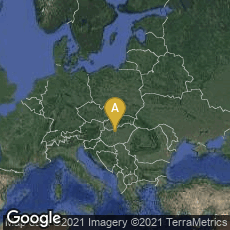 The Oldest and Most Important Complete Manuscript of the Mishna The most important early manuscript of the Mishnah (Mishna), the first major written redaction of the Jewish oral traditions called the "Oral Torah" and the first major work of Rabbinic Judaism, is the Kaufmann Manuscript. Sometimes called the Codex Kaufmann, it is MS S 50 in the Kaufmann Collection of the Hungarian Academy of Sciences, Budapest, and may be of South Arabian or Italian origin. It was probably written between 950 and 1050 CE, though some scholars date it to the twelth century.

"Script and form of letters closely resemble certain MSS. of the Bible of eastern origin, written in the tenth or eleventh century. The MS. contains comments, mostly emendations of the text, contributed by several hands. The emendations of one particular hand are constant and form the majority. The same hand also vocalized the codex. This vocalization was not inserted by the original scribe but was done probably some centuries later, when it was transferred from a vocalized copy which offered a text differing much from the Kaufmann codex. The punctator inserted these variations into the Kaufmann codex. The pointing and the emendations from the punctator display a second MS. belonging to another recension. The peculiarities of the Kaufmann MS. are more numerous than in any other, including most of the Geniza fragments. It has kept older forms of the Palestinian type of text and it often reflects the spoken language of second century Palestine. The Kaufmann codex is undoubtedly the oldest complete Mishna text and contains the best readings, even though it does not seem as faithful as the Cambridge codex in preserving the Palestinian recension. Hence the Kaufmann codex must now be regarded as the basic text of all scientific editions" (http://kaufmann.mtak.hu/en/study04.htm, accessed 01-02-2010).