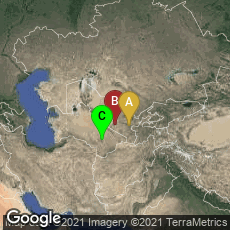 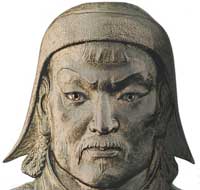 "The greatest destruction [of Muslim libraries] resulted from the raids of the Mongols in the 13th century. From the mountains and steppes of central Asia came the hordes of Genghis Khan, conquering and destroying everything before them. In the first great sweep to the Caspian Sea and northern Persia, the cities of Bokhara [Bukhara], Samarkand, and Merv [and their libraries] were destroyed along with many smaller towns. . . . (Harris, History of Libraries in the Western World 4th ed [1999] 84-85).