Screenshot (partial) of the extremely distinctive look of the 2600 website in September 2020. 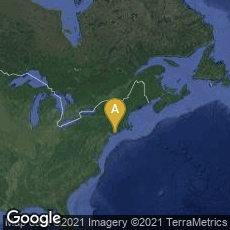 In 1984 under the pen name of Emmanuel Goldstein (an Orwellian allusion to 1984), Eric Gordon Corley began publication of 2600: The Hacker Quarterly,

"a quarterly American publication that specializes in publishing technical information on a variety of subjects including telephone switching systems, Internet protocols and services, as well as general news concerning the computer "underground" and left wing, and sometimes (but not recently), anarchist issues.

"The magazine's name comes from the phreaker discovery in the 1960s that the transmission of a 2600 hertz tone (which could be produced perfectly with a plastic toy whistle given away free with Cap'n Crunch cereal—discovered by friends of John Draper) over a long-distance trunk connection gained access to "operator mode" and allowed the user to explore aspects of the telephone system that were not otherwise accessible. The magazine was given its name by David Ruderman, who co-founded the magazine with his college friend and roommate, Eric Corley. It was first published in 1984, coinciding with the book of the same name and the break-up of AT&T. Ruderman ended his direct involvement with the magazine three years later.

"The magazine is published and edited by its co-founder Emmanuel Goldstein (a pen name of Eric Corley and allusion to George Orwell's Nineteen Eighty-Four) . . . .

"The magazine offers free advertising for subscribers. Many subscribers who have been imprisoned will take out personal ads seeking new friends and penpals" (Wikipedia article on 2600: The Hacker Quarterly, accessed 01-17-2010).