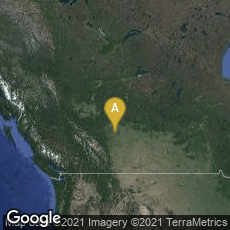 At the Second Man-Machine World Championship in 1994, Chinook, a computer checkers program developed around 1989 at the University of Alberta by a team led by Jonathan Schaeffer, won due to human frailty. This was the first time that a computer program defeated a human champion in a game competition.

"In 1996 the Guinness Book of World Records recognized Chinook as the first program to win a human world championship" (http://webdocs.cs.ualberta.ca/~chinook/project/, accessed 01-24-2010).