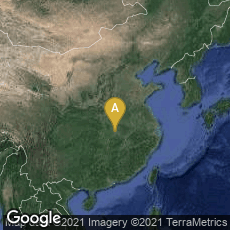 On November 26, 2006 it was announced that "Anshe Chung [Real life: Ailin Graef] has become the first online personality to achieve a net worth exceeding one million US dollars from profits entirely earned inside a virtual world.

"Recently featured on the cover of Business Week Magazine, Anshe Chung is a resident in the virtual world Second Life. Inside Second Life, Anshe buys and develops virtual real-estate in an official currency, known as Linden Dollars, which is convertible to US Dollars. There is also a liquid market in virtual real estate, making it possible to assess the value of her total holdings using publicly available statistics.

"Anshe Chung's achievement is all the more remarkable because the fortune was developed over a period of two and a half years from an initial investment of $9.95 for a Second Life account by Anshe's creator, Ailin Graef. Anshe/Ailin achieved her fortune by beginning with small scale purchases of virtual real estate which she then subdivided and developed with landscaping and themed architectural builds for rental and resale. Her operations have since grown to include the development and sale of properties for large scale real world corporations, and have led to a real life "spin off" corporation called Anshe Chung Studios, which develops immersive 3D environments for applications ranging from education to business conferencing and product prototyping.

"Ailin Graef was born and raised in Hubei, China, but is currently a citizen of Germany. She runs Anshe Chung Studios with her husband Guntram Graef, who serves as CEO of the company. Anshe Chung Studios has offices in Wuhan, China and is currently seeking to expand its workforce from 25 to 50" (http://www.anshechung.com/include/press/press_release251106.html, accessed 01-27-2010).