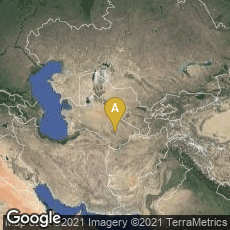 Exterior of Kepderihana's south wall, Merv. The ruin was created between the 8th and 11th centuries.

Harris, History of Libraries in the Western World 4th ed [1999] 79 repeats the story, without documentation, that in 1228 the geographer Yakut al-Hamawi, visiting Merv, a major oasis-city in Central Asia, on the Silk Road, located near today's Mary in Turkmenistan, "found no fewer than twelve libraries there available to the public. Ten were endowed libraries and two were in mosques. One had over 12,000 volumes in codex form and another had been in existence since 494 A.D. Yakut noted that the lending policies of the libraries in Merv were so liberal that he was able to have 200 volumes to work with in his rooms at one time."