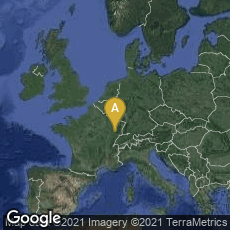 "By the fourth century, the use of parchment for books was so widespread in the West that we can speak of a general transition from papyrus to parchment in the book-making process. This was of decisive importance for the preservation of literature because only very few papyrus fragments from medieval libraries have survived, since the European climate is inimical to this material. Nonetheless, in the sixth century AD the law codes of Justinian I were distributed from Byzantium in papyrus as well as in parchment manuscripts. (Bischoff, Latin Palaeography, Antiquity and the Middle Ages [1990] 8).

Though the damp European climate was not conducive to the preservation of papyrus, papyrus was used for writing in Europe as late as the 11th century, by which time paper gradually became a more readily available substitute when parchment was not available, or was considered too expensive. The rate of survival of writing on papyrus was poor in European climates.

Among the earliest surviving European papyrus codices is a copy of the writings of Saint Augustine, written in uncial script at Luxeuil and now divided between the Bibliothèque nationale de France (Paris no. 664 du fonds St-Germain latin or no. 11641) and the Bibliothèque de Genève. Interleaved parchment leaves protect the middle and the outside of the gatherings. These may have contributed to its survival.