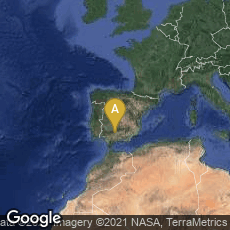 ". . . the earliest recorded book auction took place in the tenth century in Moslem Spain, during the Golden Ages of the Caliphate of Cordova. They seem to have been frequent events in the Islamic world during the Middle Ages and from the Moorish kingdoms the practice was carried to Christian Spain, where, as almonedas, a name derived from the Arabic word for 'proclamation', they later enjoyed a great vogue under the Hapsburg monarchs" (Hobson, Foreword to Munby & Coral, British Book Sale Catalogues 1676-1800. A Union List [1977] ix).