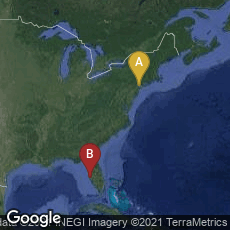 On March 29, 2010 a superfine copy of Action Comics No. 1 from 1938, which features the first appearance of Superman, the "Man of Steel," and was graded 8.5 on the 10 point Fischler scale, was bought by an undisclosed buyer for a record $1.5 million on the online auction site ComicConnect.com.

" 'This is the Holy Grail of Holy Grails,' said Vincent Zurzolo, co-owner of the Web site.

"A copy of the same issue sold for $1 million in February, but this one fetched a higher price because it is in better condition. It was stored inside a movie magazine for the past 50 years, Zurzolo said.

" 'The book looks like it just came off the presses yesterday,' said Zurzolo. 'The colors are extremely vivid, the whites behind the 'Action Comics' logo are snow white. It's just a stunning copy -- it almost looks brand new.' The sale of the Superman book marks the third time this year that a record was set for the sale of a comic book. The other copy of 'Action Comics' No. 1 held onto its record for only three days before a comic book featuring Batman's debut sold for $75,000 more at an auction in Dallas, Texas.

"It's widely believed that there are 50 to 100 copies of Action Comics No. 1 floating around, which makes it exceedingly rare. However, the copy sold Monday has received the highest rating to date from the Certified Guaranty Company, an independent comic grading company in Sarasota, Florida. The company inspects comic books for imperfections, ranging from yellowing to slight creases. J.C. Vaughn, the associate publisher of The Overstreet Comic Book Price Guide, an annual publication considered the authority on comic book pricing, said the Action Comic No. 1 book sold Monday is worth every penny.

" 'The older any comic book gets, obviously the more unlikely you'll find it with a high rating,' said Vaughn.