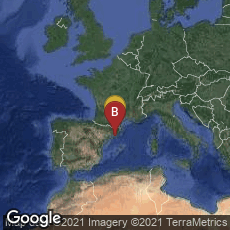 "The earliest evidence of European acquisition of Islamic science is a tenth-century Latin manuscript from the library of monastery of Santa Maria de Ripoll, Catalonia, now in the archives of the Crown of Aragon in Barcelona. The manuscript begins with a brief treatise on the astrolabe and contains a table of the brightest stars, which are referred to by the Arabic names by which they are still known today, such as Altair, Vega, Rigel, Aldebaran, and Algol" (Freely, Aladdin's Lamp. How Greek Science Came to Europe Through the Islamic World [2009] 120).