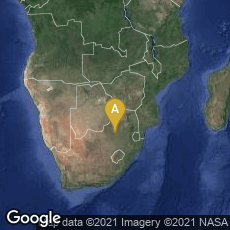 Experiments and microscopic studies show that the ends of bone tools found in Swartkrans, Republic of South Africa, were used by early humans to dig in termite mounds about 1.5 million years ago. "Through repeated use, the ends became rounded and polished. Termites are rich in protein and would have been a nutritious source of food for Paranthropus robustus" (http://humanorigins.si.edu/evidence/behavior/bone-tools, accessed 05-10-2010).