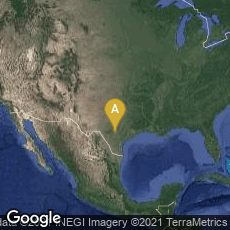 On September 19, 2010 Inside Higher Ed.com reported that the University of Texas at San Antonio's Applied Engineering and Technology Library contained no physical books.

"The idea of a libraries with no bound books has been a recurring theme in conversations about the future of academe for a long time, and it has become common practice for academic libraries to store rarely used volumes in off-campus facilities. But there are few, if any, examples of libraries that actually have zero bound books in them.

"Some libraries, such as the main one at the University of California at Merced, and the engineering library at Stanford University, have drastically reduced the number of print volumes they keep in the actual library building, choosing to focus on beefing up their electronic resources. In fact, some overenthusiastic headline writers at one point dubbed Stanford’s library 'bookless.' But that is 'a vision statement, not a point of fact,' says Andrew Herkovic, the director of communications for Stanford’s libraries.

"San Antonio says it now has the first actual bookless library. Students who stretch out in the library’s ample study spaces — which dominate the floor plan of the new building — and log on to its resource network using their laptops or the library’s 10 public computers will be able to access 425,000 e-books and 18,000 electronic journal articles. Librarians will have offices there and will be available for consultations" (http://www.insidehighered.com/news/2010/09/17/libraries, accessed 09-19-2010).

Libraries
Book History from 2000 to the Present